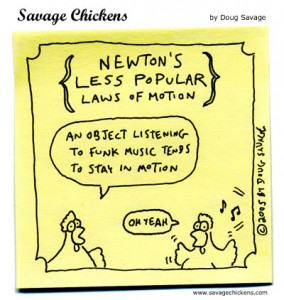 230lbs!
That’s right… I hit the milestone yesterday morning. Seriously, that is insane… How is that even possible???

A few years ago, I wrote about a warning from my doctor, and went on a health kick. I actually got myself down to 200lbs by adjusting my foods and maintained that for years — even through the grueling commuting back and forth to South Bay last year.

This time is different though, I actually have not felt healthier in years — I don’t get tired walking up and down hills, my joints don’t hurt as much, I’ve picked up more sports again… I actually threw away all my ‘fat’ clothes before traveling last year and my current clothes still all fit.

So what’s the deal?

If I look closer: sure, I’m playing more sports, but they are lazy sports like hiking and golfing… I don’t get tired walking up and down stairs, but I really don’t force myself to sprint up hills anymore but take leisurely strolls.

I’m convinced it is because I’m living too much of a ‘healthy’ lifestyle!!! I’m healthy but everything is just slower… I’ve broken the law of ‘work hard, party hard’. SF is great, but partying sucks here… we don’t really ‘party hard’ as much but 1 month in T-dot brought back the lifestyle of old — partying til 3 or 4 am, up by 9am, mind buzzing, body burning, enough time to get work ‘ish done as well, and didn’t gain an ounce. Back in SF and on the eat healthy, portion control, blah, blah circuit, and in 2 months, I’ve packed on the weight… crazy…

I’m convinced, that the lack of being able to really release, opens the door to the ethos of — ‘if I go to sleep late, I wake up late, and feel like i’ve wasted half the day’… hell, if you sleep early, you waste half the night!! The goal is to not be a lazy ass and not waste the night OR the day…

In my attempt to compensate for a slower lifestyle, I’ve broken a second law: A body in motion, tends to stay in motion. A body at rest, tends to say at rest… The latter half of that rule was ‘unless acted upon by an external force‘… The complete slowdown of ‘play’ was the external force… taking me from a body in motion, to a body at rest and in order to compensate, I think I’ve tried to reduce my caloric intake and it has been a spiral to slow-merica…

I’m going to test the theory  that party hard, work hard will work and consciously apply external force to kick it up a notch. No more, ‘crappy’ nights out — no sitting at a bar watching sports games, no going to pointless ‘meetups’ to chat with yet another wantrapreneur, no more attending another lame-ass douche geek-a-palooza … but more ‘work hard’: more sports (anyone up for tennis? basketball? — or other sports that I can be convinced to try?), and more ‘proper partying’.

I’ll post my results — I’m starting at 230lbs and 29% body fat (also the highest ever).
Goal #1: 215lbs by Dec 1. Remember — I already exercise, so that ‘initial rapid loss’ won’t happen. but I will make some quick simple changes.

I’ll make changes every 2 weeks, but for now the above should be quick wins.

I’ll be posting on MyFitnessPal.com/radatia — connect with me there and join in on the challenge.

Egg me on, motivate me, give me tips, push, like, favorite, whatever… just get on board and help me get back to university physique! (ok even my late 30’s physique for now!!)